Basics of the Stewart Platform 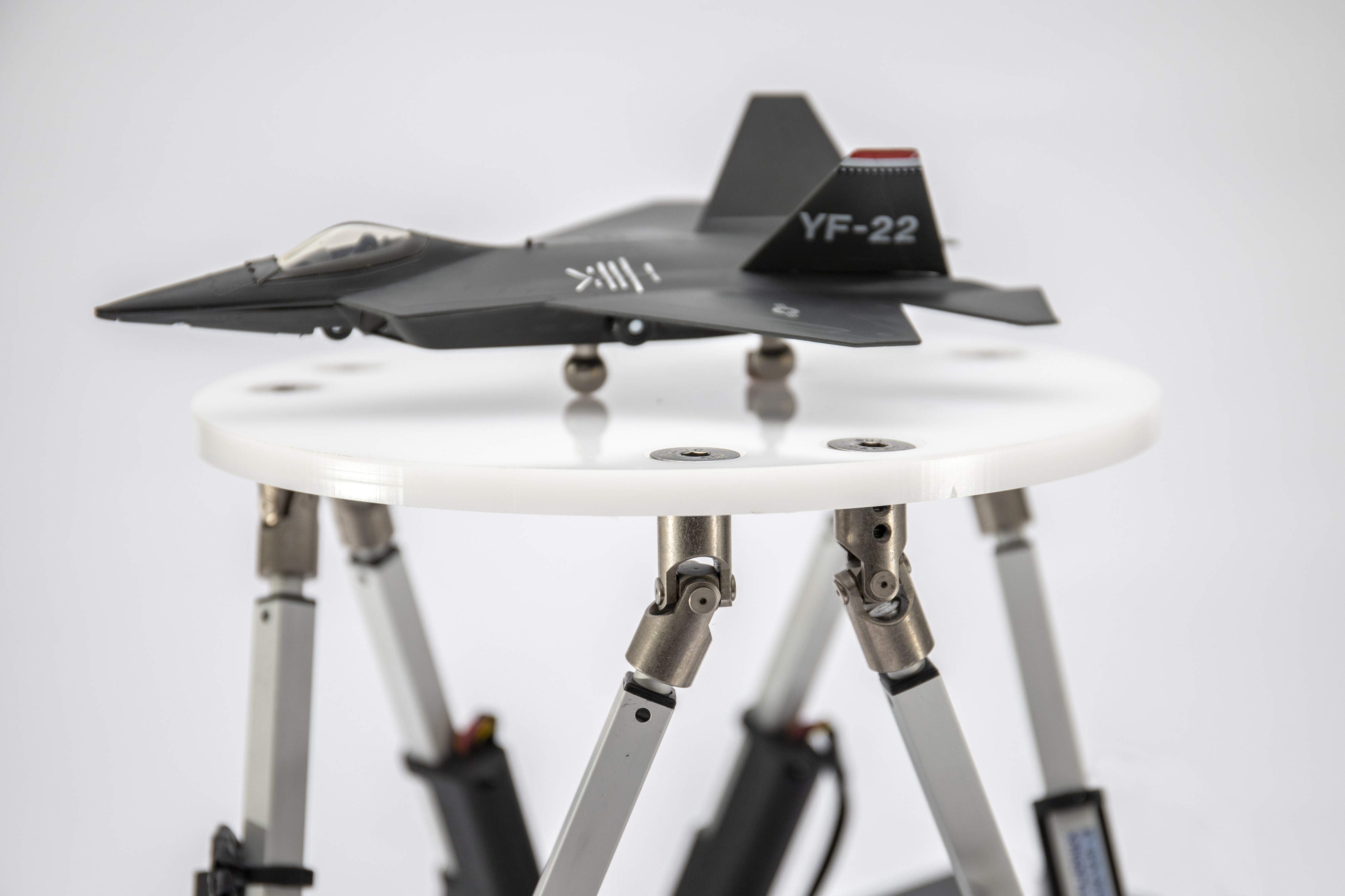 Basics of the Stewart Platform

The device, called the Stewart Platform, was first designed in 1954 by V. Eric Gough from England. It is classified as a parallel manipulator device that is used for positioning and motion control. It consists of two parallel plates combined with six adjustable legs to precisely adjust and control the plates. Initially, this device was used to test tires; later,  the Stewart Platform has started to be used in the medical industry, marine research, construction industry, space exploration, aerospace, automotive, and machining industries. It has the best use in providing precise motion with high payloads, which is imperative for flight simulators.

The plate at the base of the Stewart device is the only static part of the device. This plate is attached to the floor or another surface preferably with the help of bolts. Its six legs connect the base plate to the moving top plate. To provide an ample range of motion, different types of joints are used on both ends of the legs. Often each leg has a cylindrical shell and the length of each leg can be changed as needed. This is often handled with a type of linear actuator.

Because of its six-legged design, the Stewart Platform is sometimes referred to as “hexapod”. The platform is also classified as a parallel manipulator, meaning that the end effector (or “top plate”') of the linkages (or legs) are directly connected to the base by a distinct number of (i.e. six) separate and independent linkages, which are working simultaneously.

The parallel manipulators are more precisely controlled because the error doesn’t accumulate with each linkage; rather it is a distribution of the errors of each individual leg.

How It Is Built
‍

‍The Stewart Platform mechanism used today is slightly different from when it was first designed. It consists of two layers: one fixed and one movable, connected by six legs that can change in length.

Usually hydraulic jacks or electric linear actuators are used for the “legs”. The legs can be fixed to three to six mounting points on the top plate and similarly on the platform's base plate.

The joints fixing these legs can be cardan, magnetic, or needle etc. The payload and angular rotation capacity of the platform is highly dependent on the type of the legs and joints. The Stewart Platform mechanism is designed to make translational movements in three directions and rotational moves in three ways depending on the angle of the joints and the leg lengths.

To actuate the legs and to move the platform towards the desired coordinate, a power electronics stage and a micro-processor unit (ie. “controller”) are required. The controller measures the (actual) position of the platform and calculates the required leg lengths that are required to move the platform to its (new) desired coordinate. The controller is also responsible for sending the movement commands to the legs. This is mostly handled via a digital PI- or PID-based control algorithm that is running in the controller.  The power electronics stage is responsible for amplifying the low-power controller signals to “drive” the actuators.

What Are Its Uses?
‍

Although parallel robots are used in the machinery sector, they are also used for the following applications:

There are also interesting real-life examples for the uses of the Stewart Platform, which we have touched briefly on this blog post of ours: THE USE OF THE STEWART PLATFORM (AKA HEXAPOD) IN REAL LIFE AND INDUSTRY

As Acrome, we aim to provide you with the best resource of information and state-of-the-art systems. Follow us to learn more.